An incredible political journey of over five decades skyrocketed K J George from a small hill town to the national level politics, coupled with grassroots experiences and backed by the support of several veteran politicians

On the occasion of Gandhi Jayanti (2nd October), Congress will start Bharat Jodo Yatra from Kanyakumari to Kashmir. Through this ambitious five-month-long march across 12 states and 2 Union Territories covering a distance of roughly 3,500 km, the Congress will explore new vistas and opportunities against the religion-based politics currently dominated in the country.

Kelachandra Joseph George, a prominent face of Karnataka Congress, who has a long career as a Congressman spanning over five decades, is a decisive member of the group led by Rahul Gandhi, which is formulating the detailed plan of this yatra. he is a member of the Central Planning Group for the Coordination of the Bharat Jodo Yatra. Recently, he was appointed Convener, Finance Committee, KPCC.

Known for his simplicity and humility, k J George is more focused on his work than on media exposure but is believed to have accessibility to Rahul Gandhi and Sonia Gandhi. And in the future, he would be a pivotal face of the party. A protégé of veteran Congressman and former Chief Minister Gundu Rao, George started his political career in Coorg, a beautiful, hilly town of Karnataka late 60s. In 1969 he was elected President of the Gonikoppal Town Youth Congress.

George’s love for hockey drove him to the ground of politics. Coming from a modest background of an agricultural family in Kottayam, Kerala, George’s family shifted to Kodagu (Coorg) district in Karnataka in the 1960s. As he said, “our ancestors came from Kerala, they were into coffee farming so they moved to Coorg. I started my political journey from Coorg. First I was in youth and sports activities. Hockey is a very popular game in Coorg. And Hockey tournaments were very respected among local people, they are still very popular. In the sixties, the match was normally between two teams. The first round was for locals and for the second round they used to bring state players. So we formed our two local teams – Green Challengers and Blue Challengers.”

“This was around 1969, at that time all players were out, and we were not able to rope in state players from Bangalore (Bengaluru). There were two divisions. So one team or another had a chance to be in the tournament. We made our team with university-level players. And we won by beating the established teams. We won that hockey tournament and it was like a festival.” Hockey made him popular and motivated him to join politics. He fought Gonikoppal Town Youth Congress, won and was elected as the President and then District Youth Congress President.

George rose through the ranks as a member of the Youth Congress and had never looked back by assuming several posts in Congress. He became President of the Virajpet Taluk Youth Congress Committee before moving to Bangalore during the reign of Sanjay Gandhi. At that time Congress was going through a transition of power in the Centre. And Sanjay had emerged as a youth leader. In the late 60s also, RSS and Congress had a fierce clash; not just at the state level but even at local body elections. The veteran leader K J George narrates an anecdote, “There was a taluk board election. Then the Jana Sangha (RSS) was powerful in that area.

The Taluk board election was a local body election. Jana Sangh was kidnapping taluk board members. One of the board members was Marathi Mudappa and they had hijacked him. We had to rescue and bring him back. With his vote, we got our first political win. Then the Congress party split up. All the senior leaders left but they remained in the original Congress Organisation i.e. Congress (O)”.

During his long career as a Congressman spanning over five decades, George has held many significant portfolios and served with various Chief Ministers. He was the Home Minister and Minister for Bengaluru Development and Town Planning in the cabinet of CM Siddaramaiah

Congress (O) made a grand alliance led by S Nijalingappa along with K Kamaraj before the 1971 general elections. “There were hardly any people left who could fight polls from the Congress (R) led by Indira ji. That time, we, young Congress workers, took over the 1971 general elections, campaigned and won. We defeated the Congress (O) candidate and our candidate K K Shetty won the election. In 1972 all the 3 assembly constituencies Congress (R) won, and then I became the President of the Gonikoppal town youth congress. Then Taluk secretary and then afterwards I became the District Congress President of Coorg.”

Another known politician from Coorg, who was the state Congress President R Gundu Rao, came into the limelight. Rao began his political career as Town Municipality President of Kushalnagar, a position in which he served for ten years. Later, he was elected as MLA from Somwarpet in 1972 and 1978. At that time as a youth leader, George worked for Gundu Rao. He said, “During the emergency, I was also the treasurer of the Karnataka Pradesh Youth Congress Committee. Then I became the general secretary.”

After George’s active participation in politics increased, his family moved back to Kerala and he shifted to Bangalore. In state politics, senior leader Devaraj Urs was the Chief Minister of Karnataka for the full term of the assembly from 1972 to December 1978. In 1978, he was again elected as the Chief Minister, but in 1979, Urs left Congress (I) following differences with Indira Gandhi and formed his own party.

Congress party in Karnataka politics experienced its first turmoil when a coalition led by the Janata Party gained a slim majority and installed Ramkrishna Hegde as Karnataka’s first non-Congress Chief Minister in 1983. The elections resulted in a hung assembly with the Janata Party emerging as the single largest party winning 95 seats. Ramakrishna Hegde formed the first non-Congress government in Karnataka. However, the Janata Party disintegrated into many factions and only the Janata Dal (S) – led by HD Deve Gowda remains. When Janata Party repeated its victory then K J George was among the few congress candidates who won their seats. He was elected for the first time from the erstwhile Bharatinagar constituency and held the seat till 1994.

K J George recalls the era of the 60s to early 90s, especially (1952-1989) when Karnataka had remained a steadfast bastion of the Congress party. He got an opportunity to work under the leadership of former Prime Minister Indira Gandhi, Sanjay Gandhi and former Prime Minister Rajiv Gandhi besides current times. George recalls, “After the untimely demise of Sanjay Gandhi, political disturbance started. Then Rajiv ji started leading the party.”

“Arun Nehru, Arun Singh and Ghulam Nabi Azad, the close aides of Rajiv ji came to Bangalore. Ghulam Nabi Azad became the President of the All India Youth Congress after Ambika Soni. And B K Hariprasad was my general secretary.” He added, “They didn’t know CM Gundu Rao personally as he was very reserved. I had a cordial relationship with Gundu Rao ji as he was from the same district as mine and we had worked together. Ghulam Nabi Azad asked me to organise eye treatment camps in
3 constituencies in favour of GY Krishnan from Kolar, B Shankaranand (Union Minister) and CK Jaffer Sharief, all veteran leaders who were against Gundu Rao ji. Basically, it was a test to see if I as State Youth Congress President was loyal to the organisation, if not to appoint their own President, thinking that I was a protégé of Gundu Rao. I went on to organise the eye camps successfully.” Gundu Rao’s right hand man at the time FM Khan went against me.

“There was a National Youth Congress Convention organised in Bangalore by IYC which was Rajiv Gandhi ji’s first introduction in the political arena and was a very big and successful convention.”

Known for his simplicity and humility, K J George is more focused on his work than on media exposure, but is believed to have accessibility to Rahul Gandhi and Sonia Gandhi

At that time George remembers one interesting incident that proved his humility and closeness to CM Gundu Rao. But Gundu Rao’s close associate and strategist F M Khan had animosity towards George.  George said, “As a state Youth President, I went to the airport to receive Rajiv ji. Who was attending the convention. Youth congress had prepared a jeep fully decorated with fresh flowers and garlands, but Khan also arrived there to receive him, his jeep was decorated like an aircraft. He thought that Rajiv ji, being a pilot, would love that.” “Khan tried to stop my jeep’s entry inside the airport. I opposed and said, being Youth Congress President it is my right and duty to receive him. But he remained adamant, so CM Gundu Rao needed to mediate and give a solution. He said let both vehicles be there and let Rajiv ji choose. We entered the Airport terminal and waited. Rajiv ji walked straight towards our Jeep.” The next day India Today Magazine published headlines – FM Khan’s Plane Crash Landed.

K J George’s fate changed in early 1989, when he was inducted into Veerendra Patil’s cabinet ministry. During his long career as a Congressman spanning over five decades, George has held many significant portfolios and served with various Chief Ministers. He was the Home Minister and Minister for Bengaluru Development and Town Planning in the cabinet of Chief Minister Siddaramaiah. He has served as the Minister of Large and Medium Scale Industries in the cabinet of H D Kumaraswamy. His first ministerial berth was in the Veerendra Patil Government from May 1989 to December 1990 with an independent charge of Food and Civil Supplies and Transport. He has close links with Siddaramaiah also.

Presently, K J George is a member of the Political Affairs Committee, KPCC (Karnataka Pradesh Congress Committee). On a personal front, George is a very accessible person and his voters say that he is always with the people in their hours of need. He reiterates that he is an ardent supporter of Gandhi family and attributes all his successful position to their support.

Many believe that George was born with a silver spoon, but his political life has been one of hardships and struggle. He is what we call today a grassroot level politician, who built his base from booth level politics 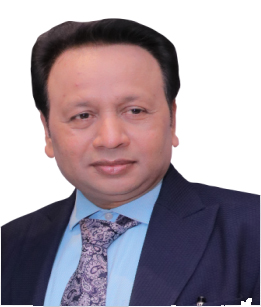 TRIDIB RAMAN is a senior journalist with over 35 years of experience in Print, Broadcast and Digital Media. As a political journalist, he has closely tracked politicians and politics of every kind, educating readers to nuances. He has founded Parliamentarian magazine with the sole objective to encourage pro-people politics.

One thought on “K J George: Wondrous Journey From Grassroots To Good Times”