Quand la Chine s’éveillera… le monde tremblera —The prophecy, attributed to Emperor Napoleon in 1816, is often cited with reference to the inexorable rise of China as an economic, industrial and military power since Deng Xiaoping’s ‘Four Modernizations’ of 1978

In the post-Covid world, it comes to mind yet again as China, on the defensive, becomes progressively pricklier. Tensions between India and China on the Sikkim and Ladakh borders have escalated to the highest level since the Doklam stand-off.

Nepal, recipient of massive Chinese aid, has chosen this moment to magnify territorial disputes with India. To the east, China has openly threatened Taiwan, leading to fears of a military attack.

It has also sought to use its economic clout to strong-arm Australia and has coerced the European Union into suppressing a report highlighting Beijing’s ‘disinformation’ on the pandemic.

Geopolitics is shifting and political commentators are speculating on a Cold War 2.0: a stand-off between the US and China blocs

China’s relations with the US, already at a low ebb courtesy the trade war, plummeted further as a result of the coronavirus pandemic, which hit North America the hardest.

With the US hinting at economic sanctions over a proposed tough new sedition law that China seeks to impose on Hong Kong, the Asian superpower has threatened counter-measures and tensions are running high.

Geopolitics is shifting and political commentators are speculating on a Cold War 2.0: a stand-off between the US and China blocs.

What does this mean for India, in the context of long-standing Sino-Indian rivalry? How will it reset the terms of engagement?

In the first Cold War, India joined hands with China to initiate the Non-Aligned Movement (NAM) at Bandung in 1955. The rest is history: India’s efforts to build on the millennia-old ties between the two countries ended in tears and humiliation.

The emollient approach to China in the 1950s, when India tried to secure a seat for the People’s Republic of China (PRC) on the UN security council, was perceived as “taking the sting out of the Chinese tail”.

Ending China’s  isolation, the Indian leadership of the time believed, would stem her aggression. Four decades later, China was fully integrated in the world economy, a member of the World Trade Organisation (WTO) and a growing power in the UN and other international organisations.

She had hosted the Olympics, contributed to anti-piracy operations and the UN peace-keeping force and collaborated with the EU on space exploration. Dubbed the “factory of the world”, she became the largest exporter and one of the three biggest creditors.

China’s integration did not make her less intimidating. Her claims over the Senkaku (or Diaoyutai) islands in the East China Sea, controlled by Japan, were a source of deepening political conflict between the two countries even as their economic interdependence grew.

The corona pandemic derailed the recent progress in bilateral relations, with President Xi Jinping postponing what would have been a historic visit to Japan, and the latter announcing a 2.2 billion dollar fund to help its companies shift manufacturing out of China.

Ignoring the claims of Brunei, Indonesia, Malaysia, the Philippines, Taiwan, and Vietnam, China has constructed military outposts on artificial islands in the disputed waters.

The prize is a rich reserve of hydrocarbons in this region, both oil and natural gas. In 2016, China refused to recognize a ruling by the International Court of Justice, denying its claims and declaring as unlawful the obstruction of Philippine vessels and the construction of artificial islands in the Spratly archipelago.

Likewise, China’s claims on vast swathes of Indian territories (and Bhutan’s Doklam plateau) are a constant source of friction between the two Asian powers.

The recent stand- off in eastern Ladakh and Sikkim involved several points on the undefined LAC (line of actual control).

At least four incidents were reported and the escalating tensions were attributed to India’s rapid upscaling of infrastructure on its side of the border to enable vigorous patrolling, in combination with China’s increasingly aggressive stance.

India is aiming at completing 61 strategic roads along the border running across Arunachal Pradesh, Jammu and Kashmir, Sikkim, Uttarakhand and Himachal Pradesh.

Mirroring  China’s  objection to India ramping up border infrastructure, Nepal objected to the inauguration of a road linking Dharchula in Uttarakhand state to Lipulekh, as part of the Kailash-Mansarovar pilgrimage route.

It has issued a new map laying claim to Lipulekh, Kalapani and Limpiyadhura. The current dispensation in the Himalayan state is viewed as Sino-friendly, to the point that Nepal has been described as one of  China’s  growing list of client states.

India is aiming at completing 61 strategic roads along the border running across Arunachal Pradesh, Jammu and Kashmir, Sikkim, Uttarakhand and Himachal Pradesh

China’s  “string of pearls” strategy – a chain of naval bases stretching from the South China Sea to Port Sudan in Africa, through the Strait of Malacca and across the Indian Ocean Region – is a matter of concern for India (not for India alone, as the bulk of the world’s maritime traffic passes through this route).

Thus, India’s “look East” policy to counter China’s presence in South-East Asia and the setting up of strategic bases in Singapore, Indonesia and Oman.

India has objected, with US support, to the One Belt One Road (OBOR) initiative, a trans- continental passage that links China with south-east Asia, south Asia, Central Asia, Russia and Europe, thereby reviving the ancient Silk Road.

The maritime and land passages, dubbed the Belt Road Initiative (BRI), was presented in the context of multilateralism and regionalism; “Asia for Asians”.

The project is naturally perceived by India as advancing China’s strategic interests and potentially altering the power balance in the region. It did not attend the BRI Forum in 2017.

The view that China’s assertiveness on its land and maritime frontiers arises from “defensive realism”, an attempt at security rather than power, has increasingly fewer takers.

Its actions have taken on an imperialist flavour, calling to mind the “thick face black heart” (shamelessness and ruthlessness) strategy attributed to a 20th century Chinese thinker.

Meanwhile, since 2005, China has been attempting to popularize its model, termed the ‘Beijing Consensus’, in developing countries across the world. ‘Development a la China’ was touted as a robust alternative to the neoliberalism of the 1989 Washington Consensus.

By contrast to the rigid adherence to the market formula, China’s model was touted as pragmatic, flexible and innovative: ‘infrastructure first, then economic development and finally, social reforms’.

Several African countries, resentful of the bureaucratic processes and conditionalities- laden aid packages of the IMF and the World Bank, were enamoured of China’s “gift diplomacy” and no-strings-attached loans.

In return for access to raw materials, China invested massively in building infrastructure in Africa. Its model was seen as more respectful of the right to self-determination, financial and otherwise.

Thus, ‘China’s state capitalism’ was presented as having delivered the goods. It offered an alternative to the market-democratic model and in the process, showed that the synergy between laissez faire capitalism and liberal democracy was not universal.

Some pundits went so far as to propose that the decoupling of capitalism and liberal democracy is advantageous; since Chinese officials do not have to cater to disparate political lobbies, they are better able to implement policy.

The fatal flaw in this reasoning has been exposed, rather dramatically, by the pandemic. The global media has red flagged China’s pro-active suppression of the extent of the epidemic, resulting in class action lawsuits or demands for compensation from Germany, Australia, the UK and the US.

By that logic, China’s political illiberalism and the tight state control over information flow that it entails, has contributed to the pandemic.

To cite a report by the EU’s Fondation Robert Schuman: “China’s Soft Power suffers a deficit because it is unable to sell its model to international public opinion, despite significant investments in this area and more than 500 Confucius institutes operating worldwide.

China is also doing everything possible, including by illegal means, such as economic coercion and corruption of academics in Western universities and think tanks, to counter criticism and promote its interests”.

Experts dubbed China’s largesse, including the trillion-dollar investment in BRI, as debt trap diplomacy. Sri Lanka is cited as an example – it was so indebted that it was forced to lease a port to a Chinese company for 99 years (which it now wants to take back).

Last year, Malaysia warned the Philippines against falling into the Chinese debt trap. Chinese aggression on the border may also have been fuelled by India’s decision to restrict investment in Indian companies by firms belonging to “neighbouring countries”, a move clearly aimed at preventing Chinese takeovers of struggling Indian companies hit by the pandemic.

The immediate trigger may have been the People’s Bank of China increasing its shareholding in HDFC bank to over 1 per cent.

China termed the move discriminatory and against the principles of international trade. The country’s current and planned investments in India are estimated to exceed 26 billion dollars and much of the FDI came in without scrutiny.

In 2015, Chinese billionaire Jack Ma acquired a 40 per cent slice of Paytm. His internet conglomerate Alibaba invested heavily in BigBasket. The Chinese group Fosun acquired Gland Pharma in 2017, while Ctrip took a big stake in MakeMyTrip.

Possibly adding to China’s apprehensions is the flight of capital from its shores. Seizing the opportunity, India is attempting to create a conducive regulatory environment for companies shifting out of China.

The process may take years, given the expenses and disruptions involved, but India could well end up being a principal beneficiary. The post- Covid economic crisis may be the wake-up call the Indian Tiger needs.

Against the backdrop of China’s post-Covid aggressive stance, the build-up along the Sino-Indian border increasingly appears as a test of India’s political resolve and military preparedness.

On the diplomatic front, China objected to the virtual presence of two Indian MPs at the swearing-in of Taiwan (Republic of China) President Tsai Ing-wen (although India does not have official relations with ROC).

China has long laid claim to Taiwan under its “One China” policy and is irked by any sign of support to the island state. During the Covid pandemic, it used its clout over the WHO to effectively lock Taiwan out of the organisation.

India, as chair of the WHO’s executive board, will have an important role to play in determining Taiwan’s observer status.

In the first Cold War, India joined hands with China to initiate the Non-Aligned Movement (NAM) at Bandung in 1955

China is India’s biggest trade partner and its biggest rival. Confidence-building measures at summits between Xi and Prime Minister Narendra Modi have not stopped China from ratcheting up its territorial claims, which serves as a pressure tactic.

India can’t afford to back down; the troops must hold the line in the Himalayas, even as proactive diplomacy defuses tensions. In the long run, ‘Look East’- with the support of the West and in tandem with economic reforms – will yield dividends. 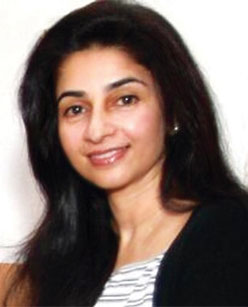 Bhavdeep has worked for publications like The Times of India, The Telegraph, The Indian Express, India Today & Outlook. She has authored a book ‘Gurus: Stories of India’s Leading Babas’. She is presently freelancing for several publications – both print and digital.