It seems the Modi government, encouraged by the recent election results, has put the farmers’ key demand of legal guarantee for MSP in limbo. Will this abeyance  could lead towards the next farm storm before 2024 general elections?

HITHERTO nothing concrete has been done from the central government on the agreement it had reached with the protesting farmer unions, which led to the suspension of the historic farmer agitation movement last year. The Modi government agreed that a committee would be formed to look into the issue of legal guarantee for minimum support prices (MSP), among other points. But it seems the government, encouraged by the recent election results in the five states, has put the farmers’ core demands – legal guarantee for MSP, action against the minister responsible for the Lakhimpur incident among others in abeyance.

Due to the ongoing Russia-Ukraine war, the whole world is facing shortages and consequently high prices for many agricultural commodities. The winter or rabi crops in India, especially wheat, are commanding prices higher than the MSP in India. So currently the farmers are also busy selling their produce to private traders who are offering prices higher than the declared MSP. But due to unusually high prevailing temperatures in March -April months this year, we can see a fall in the wheat production in India from the earlier estimated figure of 111 million tonnes. It would lead to a further increase in wheat prices above MSP. This market situation is just a brief reprieve for the government.

The government should be wise enough to act and decide on the legal MSP demand well in time lest it forms the basis for the next agitation by the farm unions just before the 2024 general elections. So examining the feasibility and the economics of this demand is a crucial question for the government. By withdrawing the controversial farm laws just before the recent state elections Modi could have saved the incumbent BJP state governments with some minor bruises but the real battle will be fought in 2024.

Some economists have been questioning the feasibility of the legal MSP. Before we look into the feasibility and economics of this demand let us frame what the demand actually is. It has two parts- first, the MSP should be based on the comprehensive cost of production C2, as determined by the Commission for Agricultural Costs and Prices (CACP) plus 50 percent as recommended by Swaminathan Commission. The second part of the demand is that the 23 crops for which MSP is currently announced by the government should be legally purchased at or above the MSP price for these crops by anyone who “willingly enters” the market. The MSP of a crop should be treated as “reserve price” below which no trade should be allowed legally. It’s also understood that the government would keep on buying quantities required under the Food Security Act and for meeting the buffer norms for foodgrains.

Now examine the economics involved in making the MSP legally binding. The total value of the output of the 23 crops at MSP prices for the year 2020-21 was about Rs 12 lakh crores. But all of the produce is not marketed or sold. The population of farmers including family members is about fifty percent in the country. They retain a big part of their produce for self consumption, for animal feed, for seeds, some part is also exchanged within the village for these needs and some used to pay the labour in kind. Some parts are also eaten by rodents or perishes during harvesting, transportation or storage. In these heads about Rs 4 lakh crore worth of the 23 MSP crops was consumed. So only about Rs 8 lakh crore worth of the MSP crops was actually marketed. Value-wise the government purchase of these 23 crops at MSP, including sugarcane purchase at government prescribed prices, was about Rs 4 lakh crore. So the rest only approx Rs 4 lakh crore worth of MSP crops was bought by the private sector. The farmers are seeking legal enforcement of MSP on this portion also.

The private sector purchases these crops at prices that may be below, at par or above MSP depending on the market demand. If we take the aggregate for all the 23 MSP crops the total price paid by the private sector is on an average of 25 percent below the MSP value. This happens always except in rare unusual circumstances like this year due to the Russia-Ukraine crisis. So the private sector purchased these Rs 4 lakh crore worth of MSP crops for about Rs 3 lakh crore. If there was legal status of MSP then the private sector would have paid a maximum of Rs one lakh crore more to the farmers for the same quantities in 2020-21. So even if some financial support is needed from the government for enforcing legal MSP it won’t be more than Rs 1 lakh crore annually. The government should have made this provision in the union budget 2022-23 if it was serious about the demand and the agreement with the farmers. A mechanism could be worked out for its implementation. This becomes easier to digest in the light of the fact that the reduction of corporate tax rates in 2019 led to the foregoing of about Rs 1.5 lakh crore annually by the central government.

Actually by giving legal status to MSP an extra Rs one lakh crore would flow to the farmers who’ll spend it and thus create more demand in the market. Due to the multiplier effect it’ll lead to increase in employment, investment and eventually government taxes. When all the 23 crops will legally sell at MSP prices it would also lead to the crop diversification as there will be no incentive to grow only those crops where MSP is now available – mostly paddy, wheat and sugarcane. So the country would also come out of the surplus paddy, wheat and sugarcane production situation, leading to various economic and ecological benefits. In fact legal MSP would be a great instrument to control production quantities of various crops to match demand.

The country would also become self-sufficient in edible oils and pulses if we ensure remunerative MSP for these crops. It has been a proven case for pulses as its production has increased substantially in the last four years and has reduced the import dependence in pulses. If the government and private prices for the crops will be the same, the farmers won’t seek out the government to purchase their crops. So the government would not be financially burdened to procure more quantities than it actually requires. This will reduce government procurement, storage and redistribution costs for the crops and will bring huge financial savings by the government. It will lead to lower fiscal deficit and improved government finances. So the legal guarantee for MSP is a win-win situation for all the stakeholders.

The 23 MSP crops consist of staple cereals, pulses, oilseeds and a few cash crops. Our country still ranks poorly on the global hunger index so these crops are always in good demand. Some economists argue that if the MSP is legally enforced, the private sector won’t purchase the crops and all the quantities would have to be purchased by the government. In case of sugarcane the price is prescribed by the government but the private mills have not stopped purchasing sugarcane. Have industries closed due to the Minimum Wages Act? Is nobody purchasing petrol, diesel because the government is charging exorbitant taxes?

In the interest of the public and the country, the government controls prices of many goods and services. The government controls the land use of the agricultural land thus forcing the farmers to be in unremunerative farming to ensure the food security of the nation. By definition MSP is a minimum price that the farmer must get to remain in business. The government must ensure at least this minimum price for their crops otherwise the farmers would become bankrupt and leave farming which will have serious consequences for our food security. Surely we don’t want our people to face a situation similar to what our neighbouring country Sri Lanka is facing these days. We must remember that food security is tied to the national security and sovereignty of any country. Farmers produce food, edible oils, fuel and fibre that are essential to human existence and till there are humans they’ll need them for survival. Legal MSP is the essential right of our farmers and they won’t stop until they get it. There’s no cogent economic, fiscal, social or political argument to deny them this right. The BJP government must keep the promises made to the farm unions otherwise the next farm storm will start gathering slowly but surely and hit the shores just before 2024 general elections. 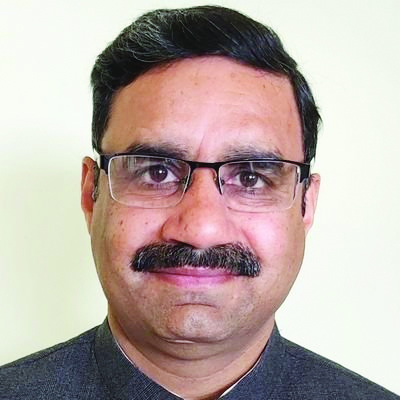 The writer is President, Kisan Shakti Sangh and an alumnus of the Institute of Rural Management, Anand (IRMA). His views and articles on farmer issues are published in many national newspapers. One of the main faces of the recent farmer agitation, he is also frequently seen articulating farmers’ views on
various news channels.