When major events happen, people turn to Twitter to share what they’ve witnessed, document what’s happening in real-time, and get credible information. Hence, building trust through transparency and accountability is key to delivering on our purpose of serving the public conversation

A massive 5.03 billion people around the world use the internet today — equivalent to 63.1 percent of the world’s total population – exchanging billions of gigabytes of data over the World Wide Web. The internet has truly connected the world, blurring national, social, and economic boundaries, fuelling healthy dialogue, debate, sharing of information, and a rich exchange of ideas. One of the elemental nuances powering this spurt in online public conversation is unparalleled connectivity, driven by a global, free, secure, and open internet, a key catalyst for economic and social development. While there are challenges in ensuring that the internet remains open, the sheer scale of an opportunity it represents, makes it worth making a case for.

The world of the Internet has truly evolved, globally, especially in India, as it is no longer a luxury but becoming an essential part of people’s lives with innovations playing a critical role in powering connections across the country.  Today, people travelling from remote rural areas to dense metro cities, enjoy seamless and swift internet coverage on their phones. As Rajeev Chandrasekhar, Minister of State for Ministry of Electronics and Information Technology and Ministry of Skill Development and Entrepreneurship, recently shared, “India is becoming one of the largest connected nations with 800 million people online and with the world’s largest rural broadband programme, we will soon have more than 1 billion Indians on the internet.”  These numbers further underscore the importance of keeping the internet open and accessible for all. Rising up to the challenge to safeguard this realm is imperative as the future of the Open Internet will be defined by the decisions we make today.

In this context, Twitter has emerged as a key conversational layer of the Open Internet. People across walks of life and belonging to different parts of India come to the service to talk about things they care about, in the language they prefer, and forge meaningful connections with people who share similar interests. The positive power of the service is what connects and allows us to impact the world in the language of our choice –  be it Assamese, Bengali, Gujarati, Hindi, Kannada, Malayalam, Marathi, Punjabi, Tamil, Telugu, or Urdu. We have witnessed the power of Twitter in enabling two-way communication between citizens, administrators, and elected representatives-bridging the information gap and building trust.

For instance, when President Droupadi Murmu (@rashtrapatibhvn) took over official responsibilities from former President Ram Nath Kovind in July this year, Twitter enabled Indians to take a front-row seat and witness the oath-taking ceremony and be a part of a historic moment for the nation.

Twitter provides a unique opportunity for governments to be present on the world stage of conversation and reach citizens in real time with information regarding economic programmes and results of public welfare initiatives. Twitter is also being leveraged as a tool for social good and an essential service  both by administrators and the public. Recently, we joined hands with the National Education Society for Tribal Students (NESTS), under the aegis of the Ministry of Tribal Affairs, and trained over 1,000 educators on how to use Twitter to better equip the youth with digital media and internet literacy skills.

At Twitter, we believe that public conversation is enhanced when more people get onto the service to participate and engage. With this philosophy in mind, here are some examples of Twitter’s commitment towards ensuring the health of the conversation is maintained and to making sure the service is continually working towards democratising the dialogue between citizens and key authorities.

Twitter is committed to facilitating public conversation, encouraging meaningful political debate, and driving civic participation, all in real time. Earlier this year, as the states of Uttar Pradesh, Punjab, Uttarakhand, Goa, and Manipur participated in #AssemblyElections2022, we worked closely with election authorities across these states to ensure 24/7 access to  credible and authoritative information on #AssemblyElections2022.

Our dedicated search prompt in collaboration with the Election Commission of India (@ECISVEEP) and Chief Electoral Officers garnered over 1 Mn impressions as people used it to access reliable information about candidate lists, voting dates, polling booths, and more. In addition to English, the Search Prompt was made available in Hindi, Punjabi, and Konkani, and was supported by several hashtags such as #AssemblyPolls2022, #उत्तराखंडविधानसभाचुनाव2022 #उत्तरप्रदेशविधानचुनाव2022#गोवाविधानचुनाव2022 #पंजाबविधानचुनाव2022 and #ManipurElections2022. Through these initiatives, our hope was to encourage informed, engaging, and healthy conversations between candidates, political parties, citizens, media, and the society at large.

During the second wave of COVID-19 in India, the power of the Open Internet and a uniquely open service like Twitter to drive public conversation became clear. Twitter emerged as a real time helpline as people turned to the service seeking and offering help to secure life-saving facilities, medicines, food, and much more.

The Ministry of Health & Family Welfare (@MoHFW_INDIA), Government of India onboarded Twitter Seva to help Indians with a speedy resolution to their health-related queries. Aimed at enabling transparent e-governance delivery in real time, Twitter Seva enabled the Ministry to communicate effectively and at scale with the public, especially during crisis situations like the COVID-19 pandemic. Commenting on the launch of the Covid Seva service, the then Union Minister for Health & Family Welfare, Dr Harsh Vardhan had said, “Over time, Twitter has proved to be an essential service for both the government and citizens to interact and exchange information, especially in times of need. As #IndiaFightsCorona with social distancing, we are happy to make a concerted online effort by adopting the Twitter Seva solution. It is powered by a team of experts who are trained and equipped to treat and respond to each query uniquely, and at scale. This will enable us to establish a direct channel with Indian citizens, connecting with them in real time to provide authoritative  health and public information.”

The Ministry of Health & Family Welfare played a vital role in encouraging informed public conversations on the subject of vaccination through Spaces conversations, Ask-Me-Anything chats, and public service announcements. In fact, as the distribution of COVID-19 vaccines expanded and vaccination drives gained momentum, people followed and participated in Twitter conversations on vaccine awareness, availability, and much more. Tweets around #Vaccine and #Vaccination went up by 246% during April 01 – May 31, 2021, compared with the previous two months (February 01 – March 31). To support this conversation, Twitter introduced a home Timeline prompt that points people towards vaccine-related updates and information from authoritative sources.

Twitter has emerged as a powerful medium of mass communication. A recent testimony of this is the growing adoption of Twitter in rural Odisha, where the state government has 40 departments, all of them on Twitter

Our teams also actively worked with various state governments to upskill their departments on COVID response management. As part of these efforts, we supported and enabled the governments of Karnataka, Kerala, Tamil Nadu, Rajasthan, Delhi, Punjab, Maharashtra, Jharkhand, and Uttar Pradesh to set up dedicated COVID-Response accounts.

Twitter has proven to be an effective and convenient service that can be used by government authorities to facilitate greater openness and transparency, gain a better understanding of public opinion, and promote the concept of e-Participation, and give citizens a voice. Owing to these reasons, Twitter has emerged as a powerful medium of mass communication. A recent testimony of this is the growing adoption of Twitter in rural Odisha, where the state government has 40 departments, all of them on Twitter. The service has proven to be the most convenient and effective means of reaching out to government officials.  The Odisha government has gone one step ahead and adopted the 5T model to ensure a tech-enabled governance reform system. The 5T guidelines — teamwork, technology, transparency, transformation, and time limit — mandate the department concerned to take action on any issue within 24 hours of a Tweet raised on it. Likewise, Twitter continues to be adopted by various states and their departments, as well as the Central government for real time governance.

When major events happen, people turn to Twitter to share what they’ve witnessed, document what’s happening in real time, and get credible information. These characteristics make Twitter a uniquely useful place for timely communication, more so when a disaster strikes. At Twitter, we recognise our role and responsibility to help ensure that people can access and receive support on our service when they need it the most.

When major events happen, people turn to Twitter to share what they’ve witnessed, document what’s happening in real time, and get credible information. These characteristics make Twitter a uniquely useful place for timely communication, more so when a disaster strikes

Recently, when tensions between Russia and Ukraine escalated, the Ministry of External Affairs (@MEAIndia) launched @opganga – an official helpline on Twitter to assist in the evacuation of Indian nationals from Ukraine. This service enabled the Ministry to communicate effectively and at scale with Indians in Ukraine. Whether it was for the latest updates on measures being taken by the Indian government, learning about rescue services or addressing queries and offering guidance real-time, Twitter enabled the public to reach out to the authorities by Tweeting to @opganga.  In July 2020, we partnered with the National Disaster Response Force (@NDRFHQ) to introduce a dedicated search prompt to help people stay updated with the latest information from authoritative sources around disaster relief and preparedness efforts. The search prompt is available in both English and Hindi. Every time someone searches for certain keywords associated with disaster relief, the prompt directs them to the relevant information and sources of help available on Twitter. This is an expansion of Twitter’s #ThereIsHelp prompt, which was specifically put in place for the public to find clear, credible information focusing on disaster preparedness and emergencies. Other than disaster management, the #ThereIsHelp prompt is also available for HIV/AIDS, suicide prevention, vaccination, child sexual abuse, COVID-19, and gender-based violence. Over the years, social media has evolved to become a space for people to engage in healthy conversations, launch campaigns, express sisterhood, exercise rights, access credible resources, and connect with like-minded people through communities. With a mission to serve the public conversation, we are committed to being a Global Force for Good by creating an experience that allows communities to thrive, for voices to be heard, and for ideas to come
to life. 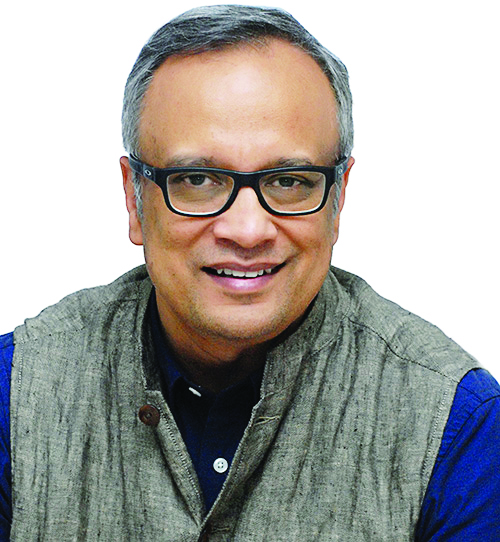 One thought on “Digital Governance: One Tweet At A Time”