Watching the BJP’s aggressive campaign unfold for the West Bengal elections, targeting Trinamool leaders personally, I realized eventually that the attacks had elevated the primary target, Abhishek Banerjee, to the status of a well-established leader” writes Jayanta Ghoshal in his recently published book – Mamata Beyond 2021

It was after the thumping victory for the Trinamool Congress in the West Bengal Assembly elections. It was on this day that Abhishek Banerjee, accompanied by several important MLAs, went to a private hospital in Kolkata. Why? Because a middle-aged woman had been admitted there. Abhishek and his entourage were there to enquire after her health. Who was this woman? Her name was Krishna Roy. She was BJP leader Mukul Roy’s wife and was suffering from Covid-19.

This visit made waves in state politics, for Mukul Roy was at the time not only a BJP MLA but also a big name in the party. A former senior leader in Trinamool, he was effectively Mamata’s No. 2 at one time. When the Trinamool Congress was established, he was one of its key figures and, arguably, its most 106 Mamata: Beyond 2021 active architect.

The popular perception was that there had been several conflicts between him and Abhishek Banerjee. After he left Trinamool for the BJP, it had even given Mukul Roy the position of national vice president. Abhishek Banerjee’s visit to the hospital to see Mukul Roy’s wife—who died subsequently—was a significant event. Mamata Banerjee met Mukul Roy after he lost his wife, and, eventually, he returned to Trinamool. His return to Trinamool after his stint in the BJP is cause for a great deal of embarrassment for the latter party.

It wasn’t just Mukul Roy. Sushmita Dev, former president of the Mahila Congress and an MP from Kachar in Assam, also joined Trinamool Congress. She is the daughter of the former Central minister Santosh Mohan Deb, with whom Mamata Banerjee had a unique relationship. When Mamata left the Congress to establish the Trinamool Congress, party leaders, including Santosh Mohan Deb, had tried to explain to Sonia Gandhi that this was not going to prove beneficial to the grand old party, that it would be weakened greatly in West Bengal. Santosh Mohan Dev was known for his opposition to the CPI(M) in Tripura and was the man working in the background to replace the Left’s Nripen Chakraborty government with the Congress’s Sudhir Majumdar government. Inducting his younger daughter Sushmita to Trinamool was possible only because of Abhishek’s efforts, as was the entry of former BJP minister Babul Supriyo, besides the re-entry of Mukul Roy.

Mamata had agreed to these moves after detailed discussions with Abhishek, who is moving slowly but with purpose, lining up his pieces on the board. Having begun with the youth wing of the party, he is now effectively No. 2 in the Trinamool Congress. He does not work from the central office of the party, using his own office on Kolkata’s Camac Street—renamed Abanindranath Thakur Sarani. Sporting a contemporary design and occupying an entire floor of a building, it is equipped with hi-tech information technology gadgets. Using its so-called IT cell and exploiting social media, the BJP has been playing the game of creating an alternate political reality for some time now. Abhishek has realized the value of playing the same game and it was he who spearheaded Trinamool’s social media thrust before the elections. Operating as he does out of a separate office, he has created a distinct political space for himself. His style of functioning is different from Mamata’s—being aware of the news media’s powers and proclivities, he maintains a distance from journalists. This is in contrast to an old-school politician like Mamata Banerjee, who spends a good deal of time in the company of reporters and photographers, chatting with them over snacks and even singing with them.

Abhishek, however, holds more serious discussions and maintains communications with people who are important for his work. Although there have been some changes in his working style, he alone sets the agenda for his meetings and tasks.

Clearly, Abhishek Banerjee keeps a close eye on politics. He has been travelling to some of India’s smaller states, such as Tripura and Goa, with a view to expanding his party’s influence there. Some have said this is a mistake—that he should go to the bigger states first. But Abhishek’s stance is that he is attempting what is achievable, since there is no point launching balloons of fantasy. It is also important to consolidate the position of the Trinamool Congress in West Bengal. It can be safely said that Abhishek Banerjee is bringing new structure into the organization of the Trinamool Congress, trying to both deepen and widen it. He is keen on flushing out rogue elements, rebuilding district units on modern lines and ridding the party of extortion and corruption.

His style of functioning is different from Mamata’s—being aware of the news media’s powers and proclivities, he maintains a distance from journalists. This is in contrast to an old-school politician like Mamata Banerjee, who spends a good deal of time in the company of reporters and photographers, chatting with them over snacks and even singing with them

Abhishek Banerjee has faced accusations of being involved in the trafficking of coal, sand and even cows. Yet he is involved in fighting corruption and the mafia within the party and is opposed to leaders known to be involved in such activities. He wants to radically transform the old system of lobbying and personal affiliations within the party. Simply put, he wants to create Trinamool 2.0. But since the execution is far from simple, it is a gigantic challenge for Abhishek. Trinamool Congress has blossomed because of Mamata Banerjee’s relentless battles, it is she who has brought the party where it is today. Abhishek has not had to fight the same battles, but he has witnessed his aunt’s struggles, which is the source of his experience. Mamata chose him ahead of his cousins, and he knows he has to give his party as much time as possible.

Meanwhile, the CBI has put Abhishek, his associates and even his wife under the scanner in a coal scam. While his political importance has actually increased after this, it does keep him under constant pressure. Abhishek is the heir apparent to the top post of the Trinamool Congress, just as Tejashwi Yadav has taken over from his father Lalu Prasad Yadav to lead the RJD. Right now, though, his main challenge is twofold: one, working out the blueprint for Trinamool’s advance into—or withdrawal from—other states in the 2024 parliamentary elections, and two, restructuring the party into a modern organization. 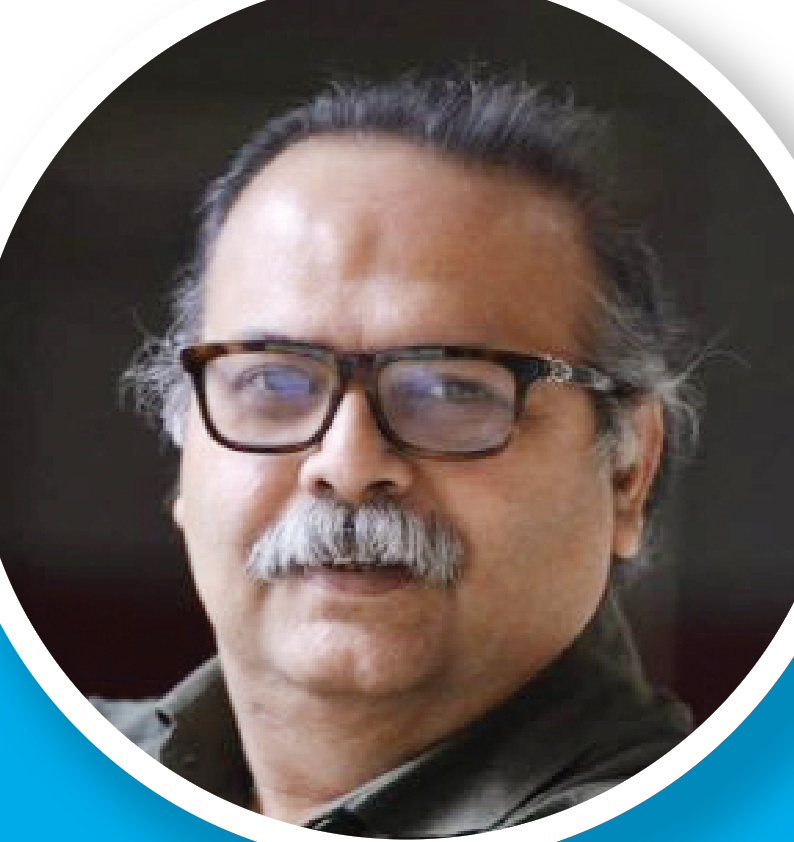 Jayanta Ghosal, born in 1962, has been a political journalist for the past four decades. He has worked for the Bengali newspapers Ananda Bazar Patrika and Bartaman, ABP News, India TV, and is now consulting editor, India Today group. Most of his life has been spent in newsrooms. A journalist, writer, teacher and speaker, he is a student of the history, politics, and culture of West Bengal and eastern India. He has authored several books in Bengali about the region and is also a biographer of West Bengal’s chief minister, Mamata Banerjee.