IS the union budget 2022-23 beneficial for the people? That is the most important question on the minds of a common man. If someone has to respond to this question straight, it will be –No in the short term and Yes to achieve long-term goals.

For an economy already reeling under pandemic-driven frequent lockdowns and slowdowns for the past two years needed a booster dose. The fourth successive budget presented by Union Finance Minister Nirmala Seetharaman did try to do that – by providing loads of incentives to the industry while leaving the common man in a lurch.

The government ought to have put some money in the pockets of the needy. But, what can we expect from a government which expects people to pay for their vaccination and covid tests? In simple words, the government didn’t have enough in its kitty to splurge on tax rebates.

Inflation is already high. Although the government received a record Rs 1.38 lakh crore from GST during January painting a rosy picture of the future, the Finance Minister knew very well that she was already burdened by rising oil prices in the international market, putting a squeeze on her pockets.

The oil prices which have been artificially kept on hold in domestic markets, due to ongoing assembly elections, are bound to skyrocket soon after 10th March, when the result of these elections is going to be announced. Doesn’t need knowledge of rocket science to figure out how incendiary impact it will have on inflation and commodity prices in the country. That is why this budget will neither stop inflation nor create employment opportunities.

Therefore, the government needed to put money in the pockets of the people to increase the demand in the market. But the government’s full emphasis is on industries and big projects. The Modi government has shown its total expenditure to increase by 4.6 percent from the revised estimate of the last financial year. But the current inflation rate is 5.5 per cent. This means that the government will spend less money this year than last year.

Last year the government was supposed to spend Rs 5.5 lakh crore. But even after eight months, not even half of the amount was spent. The complete figures are not available yet, but it is difficult to believe that in the next four months, the government will be able to spend the remaining half.

Likewise, to generate employment, the government needed to invest in areas such as rural development and agriculture, where small farmers and traders would get jobs. But the government is preparing big world-class projects in which most of the work is done by machines. There is little scope for employment generation in it.

There is nothing special in this budget for the agriculture sector as well. The subsidy on fertilizers has been reduced. The MGNREGA allocation has been reduced from Rs 98000 crore to Rs 71000 crore.

The Finance Minister avoided falling into the trap of populism when Assembly polls are taking place in five states and BJP is fighting back to the wall in Uttar Pradesh. She did not succumb to the temptation of going out of the way to woo the farming community despite threats being issued by the farmer groups on giving legal cover to the Minimum Support Price (MSP) of their produce.

It seems, Prime Minister Narendra Modi took a tough political call of not giving big concessions and burdening the tax-payer merely to assume that it will have a favourable impact on the poll outcome. But it is not as if the government has not taken care of the agriculture sector.

The government doubled the allocation for Minimum Support Price (MSP) to the tune of Rs 2.37 lakh crores. This should soothe hurt farmers whose produce is not bought by the private players. Nirmala Sitharaman asserted that 1208 lakh metric tonnes would be procured from 163 lakh farmers. In the 2021 Union Budget, a total amount of Rs 1.31 crore was allocated and produce was purchased from one crore farmers. Thus, the number would be more than one and a half times.

THE INDUSTRY BODIES LIKE FICCI, ASSOCHAM AND CII CLAIM THAT THE BUSGET ANNOUNCEMENT WILL REVIVE CONSUMPTION THROUGH EMPLOYMENT GENERATION, INVESTMENT IN INFRASTRUCTURE DEVELOPMENT, AND RURAL ECONOMY

Incidentally, there was no mention of doubling farmers’ income in the Budget or giving one and a half times the price of their produce. The Cooperatives got a big boost in tax reduction where taxation brought down to 15% and surcharge also gone. The Ken-Betwa link worth Rs 44,605 crore will be taken up at providing irrigation of over 9 lakh hectares of farmers land. But it’s a long shot.

There were a host of measures for a number of sectors, aimed at boosting growth amid high & rising inflation and continuing Covid uncertainties. There, however, remarkably few changes to the personal income tax structure in a year that had seen demands from various quarters for some sort of relief or another in times of a pandemic.

The Centre’s ₹73,000 crore allocation for the flagship rural jobs scheme, the Mahatma Gandhi National Rural Employment Guarantee Act (MGNREGA), in 2022-23 is 25% lower than the ₹98,000 crores revised estimate for the scheme in the current year. The amount sanctioned in the last budget was revised obviously after it was found to be insufficient. In fact, the MGNREGA did not find any mention during the Union Finance Minister’s Budget speech this year.

INCIDENTALLY, THERE WAS NO MENTION OF DOUBLING FARMERS’ INCOME IN THE BUDGET OR GIVING ONE AND A HALF TIMES THE PRICE OF THEIR PRODICE. THE COOPERATIVES GOT A BIG BOOST IN TAX REDUCTION WHERE TAXATION BROUGHT %

The FM claims that the country’s economy is heading towards a V-shape recovery but experts believe that instead will have a K-shape recovery – meaning that the rich are going to be richer and the poor will be rendered poorer.

Rural employment activists and non-BJP State governments reacted with outrage, accusing the government of crippling a key safety net during an employment crisis, while some economists said the Centre had missed a critical opportunity to revive consumer demand in the rural economy.

MGNREGA is a demand-driven scheme, guaranteeing 100 days of unskilled work to any rural household that wants it. During the first COVID-19 lockdown in 2020, when the scheme was ramped up and given its highest-ever budget of ₹1.11 lakh crore, it provided a critical lifeline to a record 11 crore workers. The amount given to them was obviously spent on meeting their day-to-day demands thereby bringing the money back into the market. In the next financial year 2021-22, the budget allocation dropped to ₹73,000 crores, resulting in the scheme running out of funds and putting its balance sheet in negative territory by October last year.

Supplementary allocations then pushed up the revised estimates to ₹98,000 crores, but workers say they paid the cost in delayed wage payments and artificial suppression of demand, while some state governments were forced to dip into their own coffers to meet costs.

“The cut comes at a time when the country is going through its worst-ever employment crisis. MNREGA is crucial because it reaches out to the last person in the line. With the current allocation, we will have a repeat of last year, when the funds ran out midway through the year and many crucial works will have to be stalled,” said Kerala Finance Minister K.N. Balagopal.

“It is a terrible thing to do. But this is the Modi model of development,” added Amit Mitra, the Principal Chief Advisor to the West Bengal Chief Minister and a former Finance Minister of the State.

Grassroots activists said the reduction in funding would have a disastrous impact on workers, especially as pending payments from the current year will also carry over into the next year. Approximately ₹12,300 crore — ₹1,464 crore as wages and ₹10,900 crores as material — is yet to be paid, which is going to eat up the next year’s budget. So effectively only about ₹60,700 crore is available for next year.

If the government wants to provide employment to all 9.94 crore active job card holding families, they will only be able to provide some 20 days as per the current per person per day average cost of Rs 298. However, the wage rates will also increase and therefore, the scope of employment will further reduce.

The government is using the budget to kill the law, said Nikhil Dey, founder of the Mazdoor Kisan Shakti Sangathan, “This was the only programme that offered employment in a dangerous situation of jobless growth. The allocation does not even keep pace with the rate of inflation”. This will hit the rural economy quite badly. Low consumption demand in rural areas is continuing to drag down the economy.

However, the industry bodies like FICCI, Assocham, and CII claim that the budget announcements will revive consumption through employment generation, investment in infrastructure development, and rural economy. This will augur well for the auto sector which has been passing through a pandemic for almost three years. The Budget proposals are also majorly favourable for the electric vehicle (EV) segment.

The auto sector was adversely impacted by the sudden and severe onset of the second wave of the pandemic in the first quarter of last year, which derailed the demand recovery momentum that had started gaining steam. While demand across certain segments was recovering subsequent to a dip in infection rate, the industry prospects got impacted by factors such as a consistent increase in the cost of ownership as well as supply shortage owing to the semiconductor chips issue.

Consequently, these multiple headwinds led to decadal low levels of sales during the festive season last year, especially for the two-wheeler segment. The rural demand too, despite healthy agri-cash flows, was affected during the second wave leading to subdued festive offtake. This apart, untimely and excessive rainfall since September led to flooding in many regions and delayed Kharif harvest/rabi sowing. Thus, rural demand sentiments have moderated over the past few months.

THE REDUCTION IN FUNDING WOULD HAVE A DISASTROUS IMPACT ON WORKERS, ESPECIALLY AS PENDING PAYMENTS FROM THE CURRENT YEAR WILL ALSO CARRY OVER INTO THE NEXT YEAR

They claim that FM’s thrust on earmarking funds for MSP, increased investments towards irrigation, and crop insurance scheme would help revive rural demand, directly benefiting the two-wheeler and the tractor segment.

The enhanced allocation for road infrastructure projects is likely to lead to spillover demand for commercial vehicles and would be a positive for the segment. As part of the government’s thrust on rural development and farmer welfare, Rs 2,370 billion has been earmarked for MSP.

The government plans to bring out a battery swapping policy and formulate interoperability standards. The lack of adequate charging infrastructure and range anxiety is a key deterrent for EV penetration. Battery-swapping is likely to gain acceptability in commercial applications like e-two wheelers and e-three wheelers and will help faster penetration in these segments if implemented effectively. 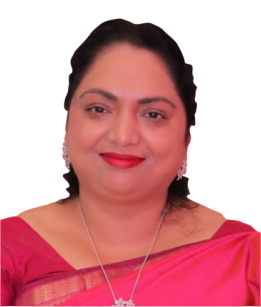 Geeta Singh has spent 20 years covering cinema, music, and society giving new dimensions to feature writing. She has to her credit the editorship of a film magazine. She is also engaged in exploring the socio-economic diversity of Indian politics. She is the co-founder of Parliamentarian.